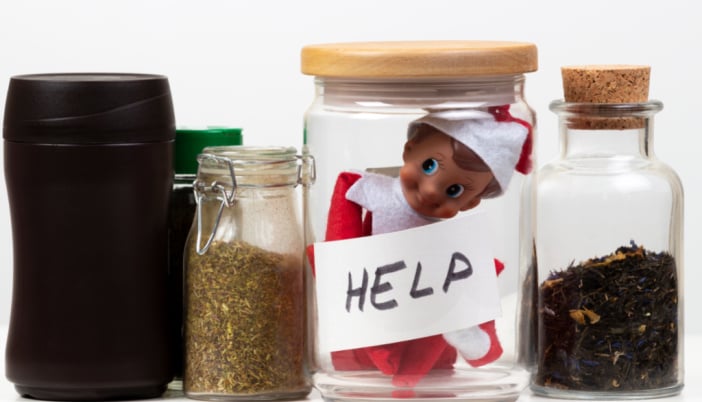 Elf on the Shelf is a beloved tradition that can help your family get into the holiday spirit. If you want your kids to grow up with this tradition, but you don’t have time for elaborate displays, there are plenty of quick and easy elf on the shelf ideas that are perfect for busy moms.

You might not have enough time to have the elf bake cookies for your household. However, you can make it look like the elf has spent a lot of time baking by posing it with some pre-made cookies!

Have the Elf Cook Breakfast

When your kids wake up in the morning, it’s likely that one of the first things they’ll ask you about is breakfast. That’s why you should try posing your over a pan on the stove. Toss some Christmas candy in the pan and make it look like the Elf is attempting to make a sweet breakfast. After you and your children have laughed at the elf, you can let them enjoy the candy treats!

There’s a good chance that your kids love making snow angels when there’s snow on the ground. Why not do the same thing with the Elf you’ve adopted. Sprinkle a little bit of flour on your counter, and then have your elf make a snow angel. After your kids have had the chance to see the elf, the only thing you’ll need to do is dust the flour away. If you think flour would be too messy, you can use marshmallows( instead!

If you’ve already hung your stockings up, take them down and hang some regular socks — or even some underwear — up in their place. Pose the elf on the mantle so that everyone will know who made the switch. You’ll be able to set this up in under five minutes, and it’s sure to get some big laughs from your kids.

Put the Elf In the Cookie or Candy Jar

There’s a good chance that your kids have tried to sneak a cookie or another sweet treat at one point or another. Why not have the elf try to do the same thing. You can pose the elf in your cookie jar or in a dish of candy. When you find the elf, you can remind it that he can’t have any sweets until after he’s eaten!

Have the Elf Doodle on Bananas

If you have bananas in the house, draw some pictures on them with a marker. Once you’ve finished your drawing, pose the elf with a marker. Since you’ll need to take the peels off the bananas before you can eat them, you won’t have to worry about leaving a mess behind. Even if you’re not an artist, you’ll be able to have a ton of fun decorating the bananas.

Let the Elf Take a Bath

If you have your kids hop into the bath at the start of the day, you might want to hide the elf there! You can even wrap a washcloth around the elf so he looks like he’s wearing a towel. Kids aren’t always excited for bathtime, but spotting the elf is likely to put them in a good mood!

Pose the Elf With Some Syrup and a Straw

Have the Elf Do Some Coloring

It’s easy to forget to pose the elf until the last minute. If you need to find a place for your Elf on the Shelf right away, you could try placing it on the top of the fridge or the pantry. When your kids spot the elf, you can ask them how they think the elf managed to get all the way up there. Your kids will have fun, and you’ll be able to pose the elf in less than a minute.

Hide the Elf in the Silverware Drawer

If your kids are old enough to set the table, you might want to stick the elf in the silverware drawer. When your kids open the drawer to get a fork or a spoon, they’ll be delighted to spot the elf instead. An Elf on the Shelf toy is the perfect size to fit into most silverware drawers.

Have the Elf Read a Book

Let the Elf Take a Nap in a Box of Tissues

A box of tissues can make a great bed for your Elf on the Shelf! Take a few tissues out and fold them over so that they look like a pillow. Place the elf inside the tissue box and pull some tissues over them as if they were a blanket. When the kids find the elf, they might not want to wake him up from his nap!

Pose the Elf With Toothpaste

Do your kids hate to brush their teeth? You may want to give them some gentle encouragement by posing the elf with a tub of toothpaste. You can even buy brand-new toothbrushes to put next to the elf. Once your kids see that the elf takes dental hygeine seriously, they’ll want to follow their lead. This is a simple idea that could have lasting benefits!

Put the Elf Outside

You don’t necessarily have to pose the elf inside your house! If you have glass doors that are easy to see through, and if the weather isn’t windy outside, you could make it look like the elf is locked out of the house. Press the elf right up against the window so that it will be easy for your kids to find him!

Hide the Elf in a Cereal Box

Do you have an empty cereal box that’s ready to be recycled! If so, you could turn it into the perfect hiding spot for your elf! Cut a small hole in the box so that the elf can poke his head through. Put the box on the kitchen counter and leave it for your kids to find. When your kids see that the box is empty, you can say that the elf must have eaten all the cereal!

Tape the Elf to the Wall

You don’t necessarily have to have your Elf on the Shelf cause mischief. You can also let some of the other toys in the house make trouble for him! Use some tape to secure the elf to the wall. If you pose a few other toys around the elf, it will look like he’s been taken hostage!

Hide the Elf in the Copy Machine

Do you have a copy machine in your house? Is it in a place that your kids can see? If so, you might want to stick the elf inside the copy machine. This is another idea that only takes a minute, and it’s one that’s sure to get a reaction from your kids, especially if you tell them that the elf was trying to take a picture of his face or even his buns!

Have the Elf Leave a Message

If you have some lettered blocks or magnets, you could have the elf leave a message for your kids. You can also do this with Scrabble tiles. Keep the message short and sweet, and it shouldn’t take more than a few minutes for you to get everything in place. You may want to include your kid’s names in the message so that it feels a little more personalized!

Hide the Elf Under a Glass

You don’t necessarily need a lot of props in order to come up with a fun pose for your elf! Instead, you can try putting the elf in or under a drinking glass. You can have the elf hide away in the kitchen cabinet, or you can have them pose in a glass on the dinner table. No matter what you do, your kids will be delighted when they spot the elf!

Hide the Elf In the Fridge

If you know that your kids open up the fridge to grab a drink when they wake up in the morning, you could try putting the elf in a spot where you know they’ll be seen. Wrap the elf up in a dish towel as if it were a blanket. That way, it’ll look like the elf is trying to stay warm inside the chilly fridge!

Have the Elf Tackle a Puzzle

If your kids like to play with puzzles, you might want to have the elf get in on the fun! Take out a puzzle and put some of the pieces together. Put one of the remaining pieces in the elf’s hands. After your kids find the elf, you can all finish the puzzle together.

Let the Elf Draw With a Dry Erase Marker

If you have a dry-erase marker in the house, you might want to give the elf a chance to get into some mischief. Take the marker and draw a mustache on the glass of a framed picture. Post the elf above the picture with the market. After your kids have caught the elf red-handed, you’ll be able to wipe the mustache away!

What is the average amount of Elf on the Shelf per household?

How can I make my Elf on the Shelf fun?

What age is appropriate for Elf on the Shelf?

If your child believes in Santa- Elf on the Shelf is appropriate. Anything younger than 2 is probably too young as they won’t understand. The magical time seems to be between 3 and 7 for most kids.

Can you hug your Elf on the Shelf on Christmas Eve?

Of course, the official rule is that no one can touch the Elf or they’ll lose their magical powers. On the night before Christmas (all through the house) have a typed letter from Santa explaining that Elf on the Shelf has had her magic removed for the night and would love a hug goodbye.

Does the Elf bring gifts?

This is totally up to you- there are some parents who have the Elf bring small treats, such as candy canes or chocolate. Others have the Elf give their children a bigger gift on Christmas Eve as a goodbye present.

Your Elf on the Shelf could also bring a small welcome present, such as an Advent Calendar to kick off the season.

Is Elf on the Shelf still popular?

A quick search on Google trends tells the story of Elf on the Shelf growing in popularity year after year.. until you get to 2016. Then there is a general decline.

2020 however- it’s back, baby! Elf on the Shelf is still wildly popular and doesn’t look like it will slow down.

What happens when a kid touches the Elf on the Shelf?

According to the official Elf on the Shelf website, there are a few things you can do to help your elf get their magic back if they’re accidentally touched:

Saving for the Holidays: Genius Ways to Save Money for Christmas

The Perfect Gifts For a Mom {who doesn’t want anything}

13 Unique Gifts For The Dad Who Wants Nothing

39+ Imaginative and Open-Ended Toys for Kids

MORE FROM THE MOMMYHOOD CLUB:

Quick Elf On The Shelf Ideas For Busy Moms

Jenni is a mom to three little ones. Her parenting advice has been featured in Out Wit Trade, Tid Bits of Experience and Thrive Global. Read More. 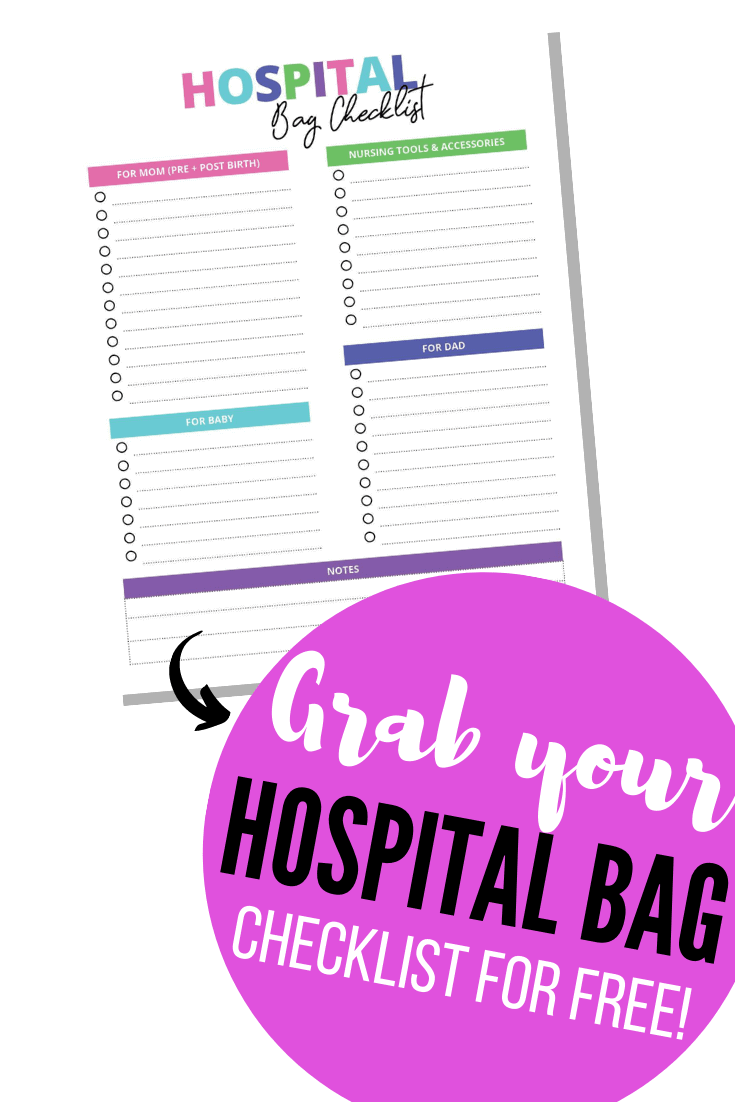 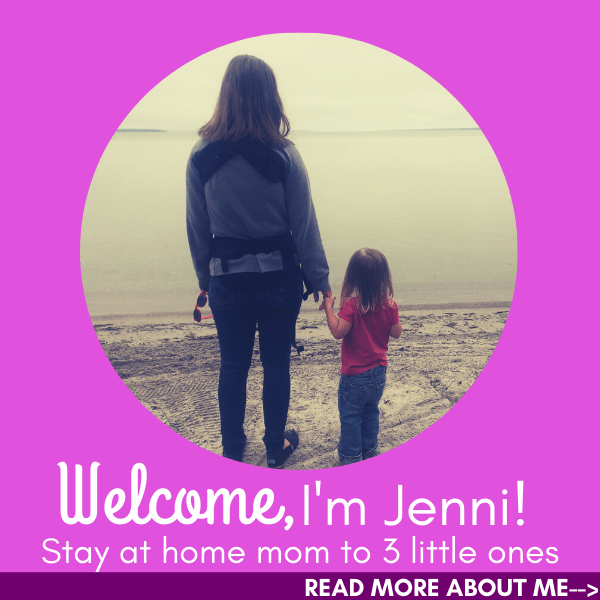 Please note that some of this site’s links are affiliate links, and TheMommyhoodClub.com is a participant in the Amazon Services LLC Associates Program, an affiliate advertising program designed to provide a means for us to earn fees by linking to Amazon.com and affiliated sites. At no additional cost to you, I will earn a small commission, if you purchase them.